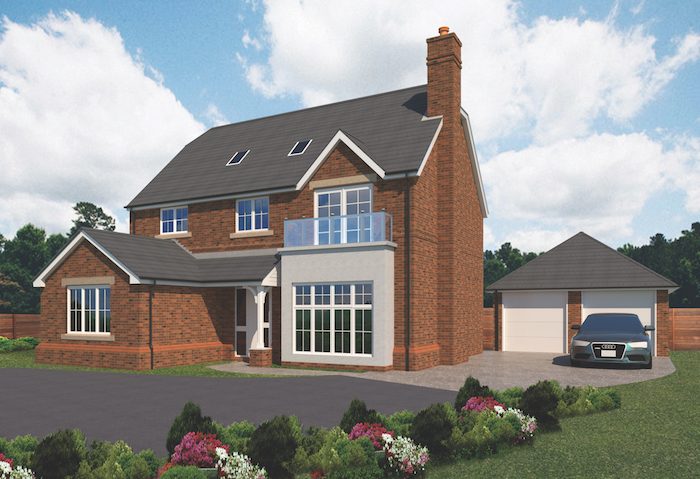 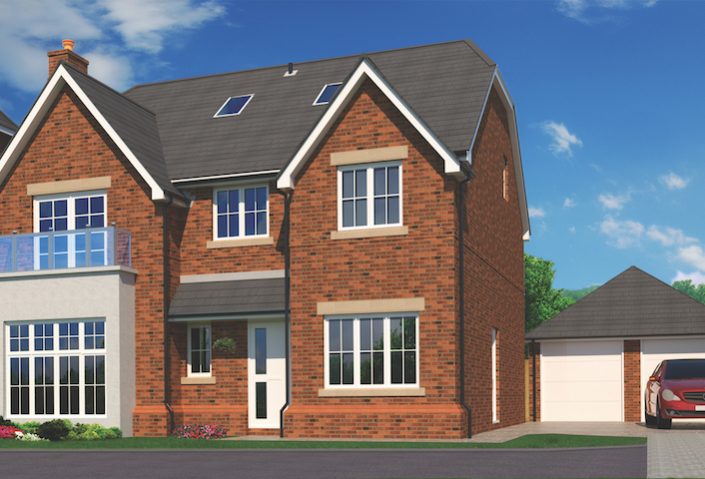 Get In Touch
With Chelmere Homes

If you would prefer to contact us by phone...

Creating your new life in the peaceful Cheshire countryside

The Chantry is tucked away in the quiet backwater of Sandbach Heath, one of Cheshire’s best kept secrets of tranquil, rural living.

Only 15 minutes south of the county’s exorbitant “Golden Triangle”, the affordable area around Sandbach Heath boasts mile after mile of gently undulating meadows, leafy lanes and woodlands, with glorious views out to Mow Cop and the Peak District National Park. As the song goes, “On a clear day you can see forever” which is possibly why this part of Cheshire is home to the famous Jodrell Bank observatory.

Served by Cheshire East Council, Sandbach Heath is anything but remote for commuters. The Chantry is on the doorstep of Britain’s longest M6 motorway, accessed at Junction 17. You can easily reach Manchester or Chester in around half an hour.

In the 18th and 19th Centuries, Sandbach was a major staging post along routes to London, Birmingham, Manchester and Liverpool. The mode and speed of travel may have changed, but this central location is still as accessible.

The heritage town of Sandbach is nearby and offers its own railway station, linking up to the main line at Crewe, with fast access to Glasgow, London, Chester, North Wales, Manchester, Derby and Shrewsbury. The network also takes you easily to Holyhead Ferry Port and to the various international airports at Manchester, Birmingham, Blackpool and Liverpool John Lennon.

Wherever life takes you, coming home to Sandbach Heath is the most breathable, spacious experience. Hardly a traffic light interrupts your meandering drive home through gently rolling countryside. 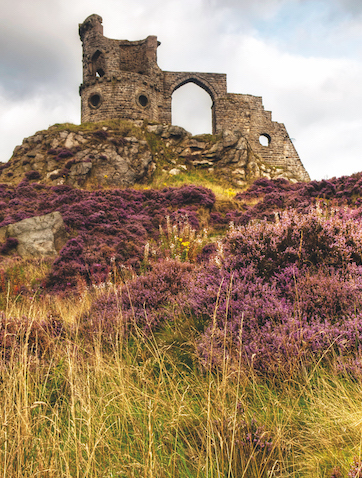 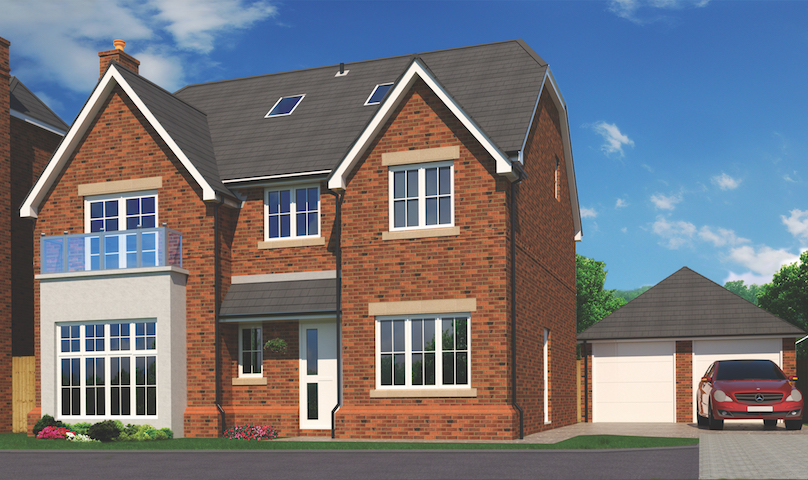 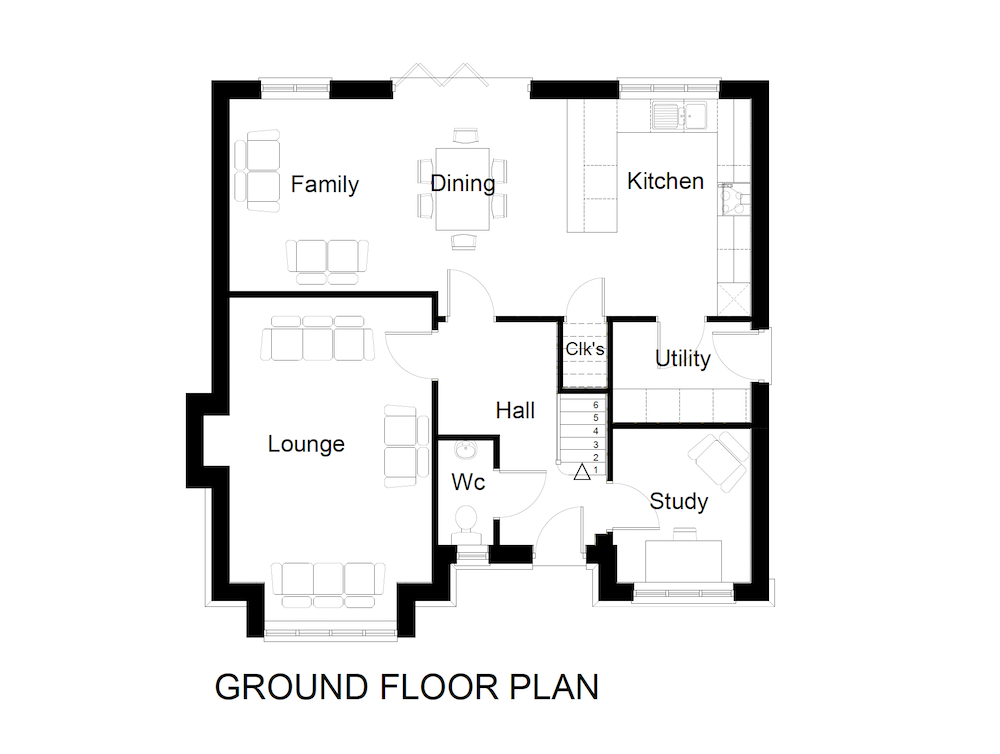 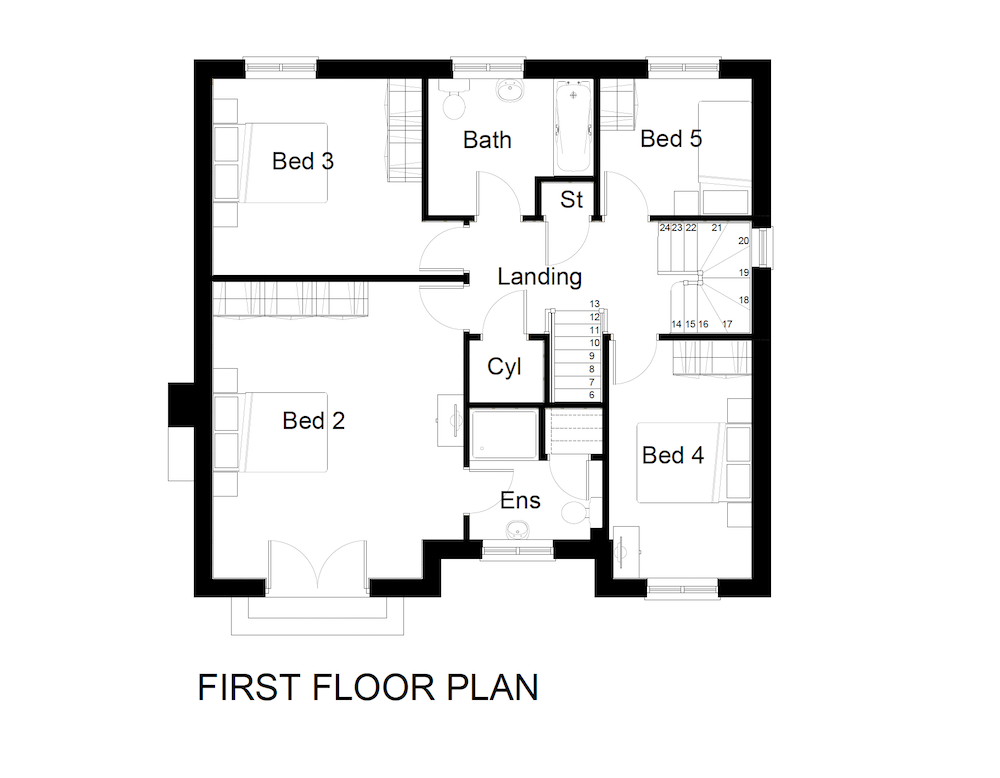 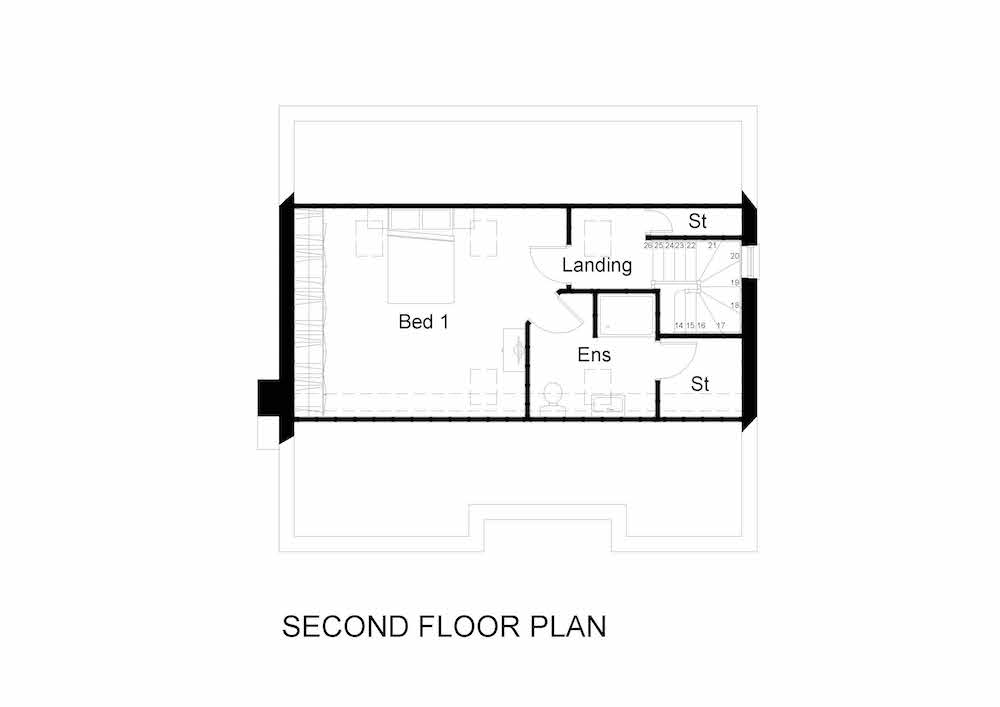 The largest house style on The Chantry, just four Kingfishers are available, each a prestigious choice for imaginative architecture and sophisticated lines.

Accessed through an impressively large entrance hall, the ground floor affords you spacious open plan living, with the kitchen, family room and dining area all flowing one into the other. Bi-folding doors lead onto a lawned garden, enhancing the feeling of luxurious openness and space.

You also have the benefit of a separate sitting room with a large bay window. The warming addition of a class one fire with a brick built chimney is a rare sight these days, but creates a traditionally cosy welcome at the Kingfisher.

The distinction in living spaces lends itself to both formal and informal entertaining to suit your mood and the occasion. The whole of the ground floor is flooded with light, and makes the very best of its aspect and location at The Chantry.

A ground floor study leads off the main entrance and offers a quiet outlook over the front of the property. This retreat is ideal to keep work secluded and separate from family life. Downstairs also boasts a separate utility room, a visitor’s cloakroom and understairs storage.

On the first floor, the particularly large master bedroom has an en-suite shower room, and a vast space ideal for an extensive run of built-in wardrobes. The Kingfisher boasts two further, large double bedrooms and one comfortably sized single.

Pass through the spacious landing with its high level window, up a kite-winder staircase to the loft which is a lovely escape of a place, lit by roof lights. This is presented as standard with a large double bedroom and separate en-suite. Here you will also find a built-in storage room, such an essential complement to uncluttered family life, yet surprisingly absent from most modern house designs.

Under an elegant pyramid roof, the double garage is detached, rather than integral, preserving the entire ground floor for family living. 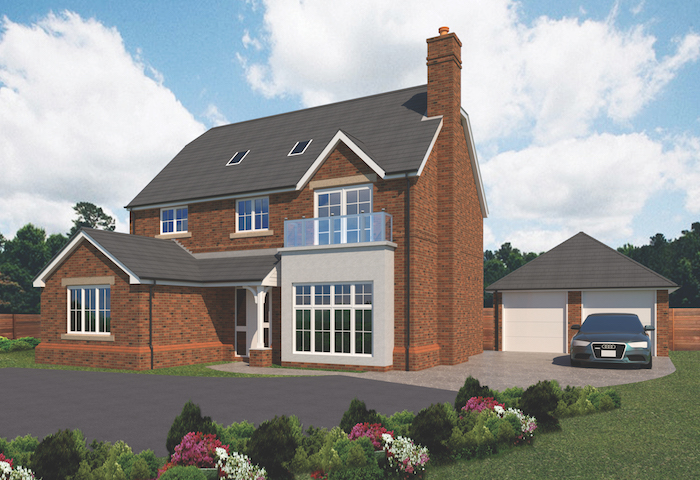 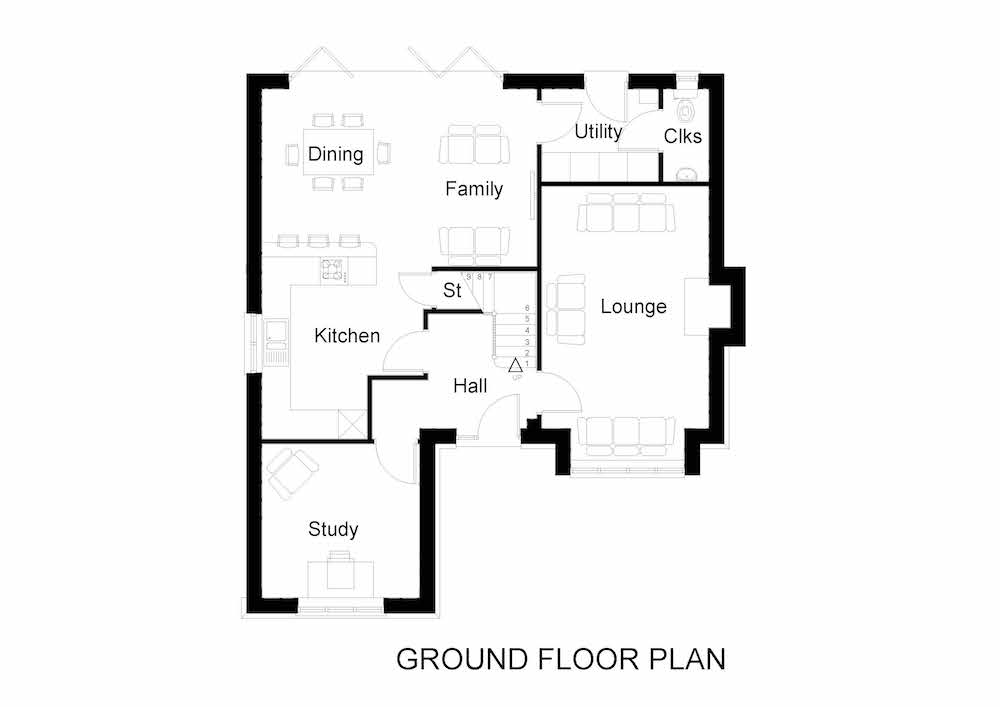 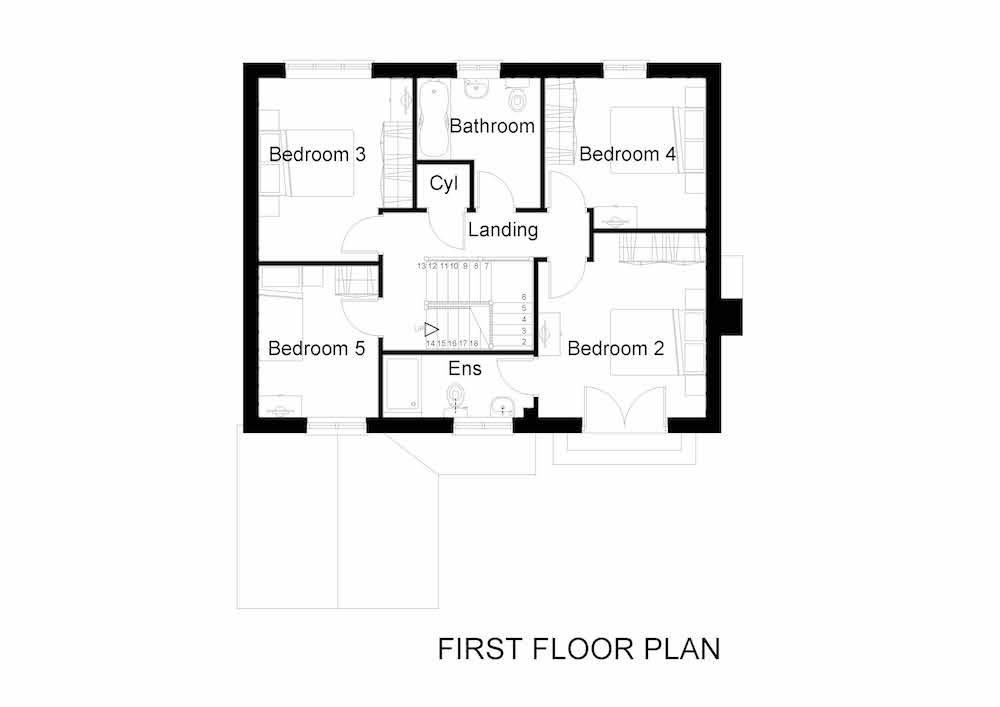 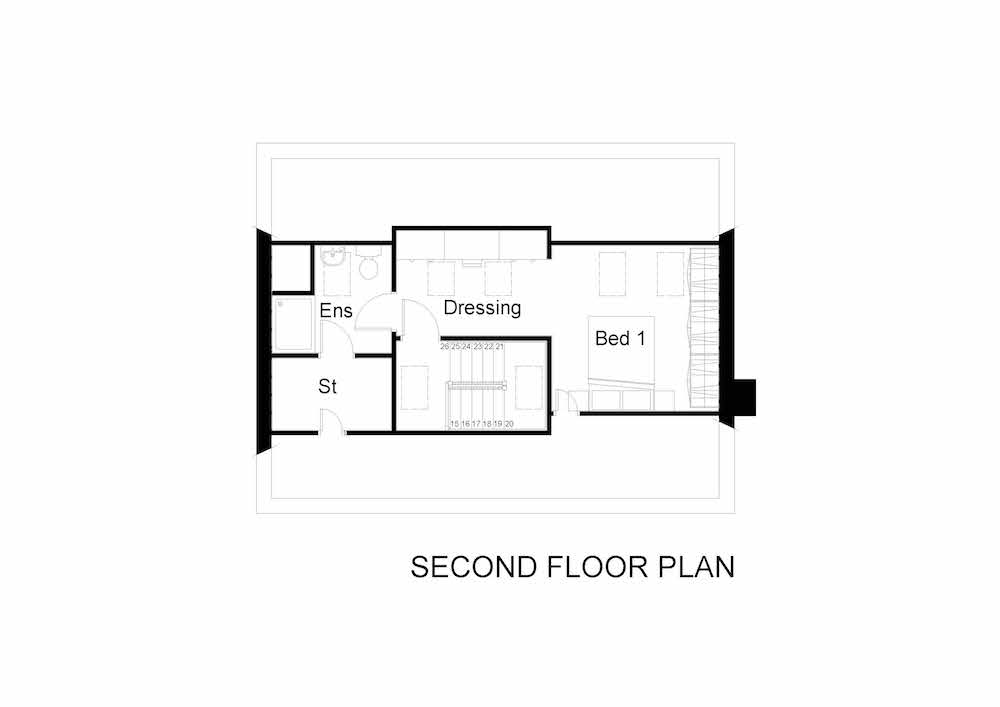 Technically a ‘two-and-a-half storey’ home, the Egret has a wonderfully mellow, square frontage under a hipped and gabled, decorative roof. Rich in architectural features, this is a home to fall in love with at first sight, a distinctive design of natural warmth and substance.

The ground floor opens from an intimate hallway into a large, spacious sitting room which extends an impressive welcome. Light floods in through the large square bay window, while a class one fire, served by the brick built chimney, styles a comforting welcome for cosying up as a family, and for more formal occasions.

The kitchen, family room and dining area combine into one large L-shape, gathering everyone together, and keeping the conversation flowing. The appeal is clean and uncluttered because of the distinct lack of partition walls. Large bi-folding doors seem to bring the garden indoors, adding to the feeling of light, fresh spaciousness.

Considering the spaciousness of all these entertaining spaces, the Egret still has room to spare for a private study, which you may choose to use as a TV room or as a quiet retreat of a snug. A utility room with downstairs cloakroom off combine to keep the practicalities neatly tucked away, sleek and streamlined.

Upstairs, you will find the family bathroom and four bedrooms, all of which are spacious doubles, Bedroom 2 having its own en-suite. Whilst this is generally more than sufficient, the Egret has another surprise in store.

Under an elegant pyramid roof, the double garage is detached, rather than the more usual integral design, keeping the entire ground floor free for family living. Only two Egret homes are available at The Chantry so we must recommend you reserve your plot early

Whilst every care is taken in the preparation of these details and descriptions, they are for guidance only. Local requirements may caused details to vary. All dimensions are approximate. These details do not constitute any part of an offer or contract. 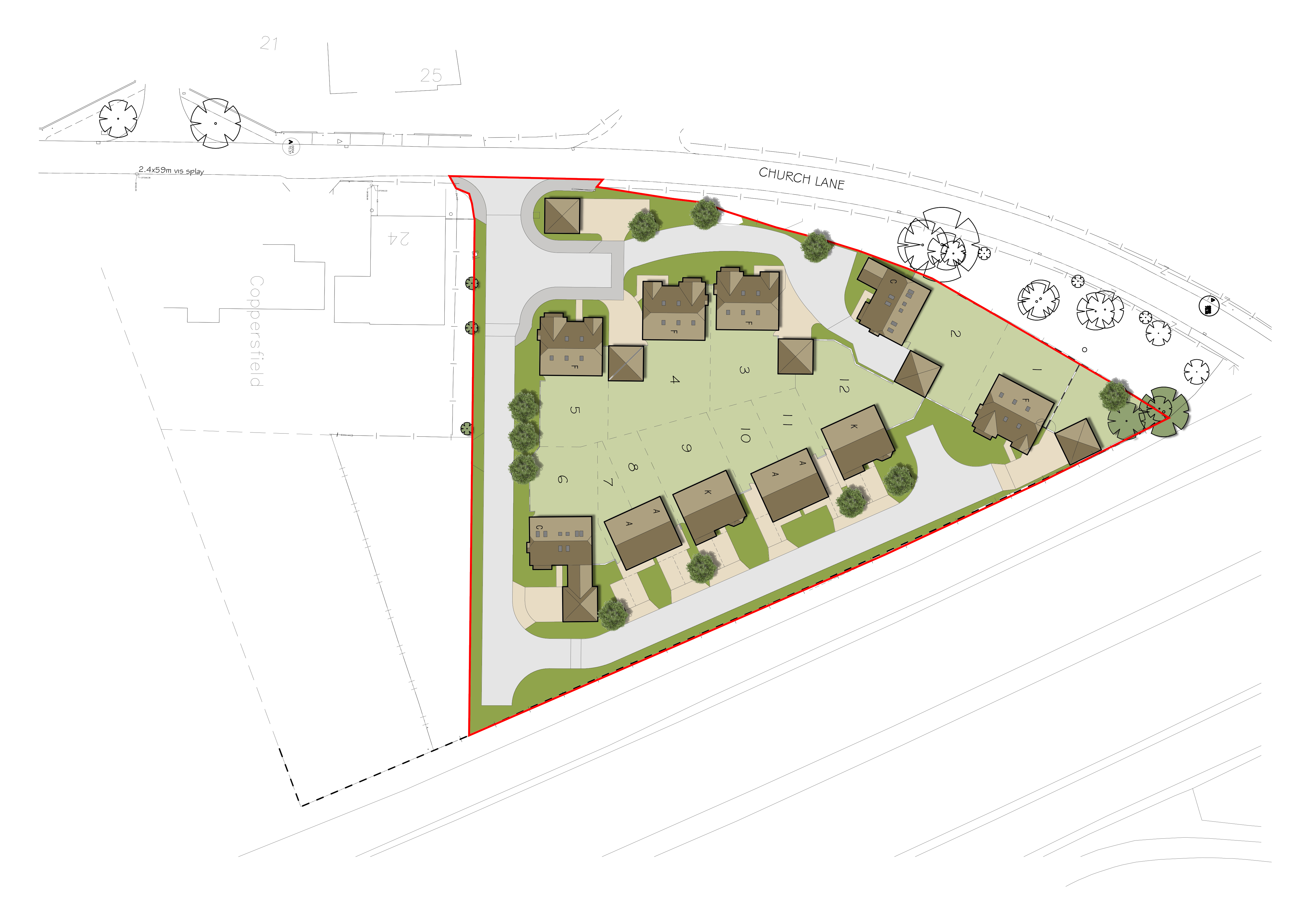 Sandbach Heath is served by its own charming primary school, just two minutes’ walk from The Chantry. There are three top rated schools: Sandbach High School and Sixth Form College, Holmes Chapel Comprehensive, and Alsager School. You also have a choice of private and free schools including Sandbach School for boys, established in 1677, Cransley School on the Belmont Hall estate, Terra Nova in Holmes chapel and The Ryleys in Alderley Edge, all within comfortable striking distance.

Sandbach offers a nearby market town with its 16th Century cobbled square hosting colourful stalls, craft fairs and community activities, central to a tempting choice of specialist shops. A modern library faces the square where there is ample car parking within the one-way system. You also have a choice of three local supermarkets, the largest in Congleton town centre. Excellent care is integrated into this affluent community, with doctors, vets, nursery schools and elegant care homes proudly available, with several new establishments enhancing the spirit of progress with style.

Dingle Wood in Sandbach is a delightful day out. Nestling on the banks of Arclid Brook, the wildlife reserve has a new wooden footbridge, a favourite with anyone who loves to play Pooh sticks.

A glorious remnant of the area’s salt-mining heritage are the eleven Sandbach flashes.

These picturesque waterscapes teem with waders and wild birds after whose recent sightings we have named our three home styles at The Chantry.

A highly acclaimed jaunt is to The Swettenham Arms nestling behind the 13th Century parish church in the tiny village of Swettenham. Revel in the fragrance of their lavender garden, partake of sumptuous homecooked food, and just maybe you’ll glimpse their ghost, said to have been a resident at the Nunnery which was the pub’s former incarnation in ancient days.

You will never be short of family adventures, making memories at Astbury Mere Country Park with its scenic lake and trails, or exploring over 2,500 kilometres of stone trails in the Peak District National Park, including traversing the traditional salt routes. Visit Little Moreton Hall, Cheshire’s famous ‘crooked house’ with its moat and half-timbered charm. Also Mow Cop castle folly, some 335m above sea level, affords you spectacular views across the Cheshire and Staffordshire landscape, if you can brave ‘the killer mile’ climb!

For walkers and cyclists, there are local, scenic routes nearby, covering anything from a leisurely 6km dog stroll to a strenuous 64km hike. Little wonder that the population here is healthier than the national average 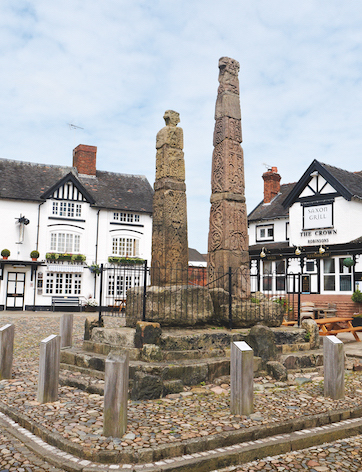 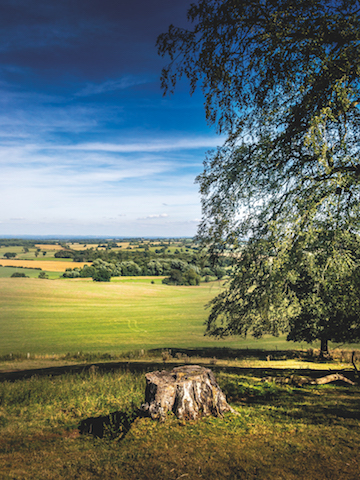 If you would like any further information or wish to speak to someone regarding Chelemere Homes, please don’t hesistate to call us